the Mulch is Great for the Home Gardener, Gardening Pros & Clubs: Start Now!

Not long ago gardeners seemed to spend as much time controlling pests as they did any other garden activity.

Malathion, diazinon, dursban and chlordane were about as popular as marigolds, dianthus, dahlias and chrysanthemum.

It’s nice to see that gardeners have evolved a much more laissez-faire approach to the six legged inhabitants that share our gardens. Maybe gardeners today are just too busy, or maybe they’re just not paying as close attention as they used to, but there seems to be a lot less spraying, dusting, baiting and generalized killing going on in gardens nowadays.

But mostly I think that gardeners are now realizing that in a healthy, well-managed garden, some pests are best controlled by letting things be, by letting species interactions run their course. After all, this is the basis of biological pest control.

Biological control agents are often referred to as natural enemies or simply as beneficials. Every day, in every garden there is a continual interaction between pests and their predators, parasites and pathogens. Most of this interaction we, as gardeners, don’t participate in and may not even be aware of.

So why is there significantly less use of pesticides today than there was ten or twenty years ago? Certainly, there are no fewer pests. Let’s look at the example of one of our most abundant garden pests, the aphid. Five possible things can happen to an aphid in a garden, four of which are very bad for the aphid, but good for the gardener.

First, they could become mummies. Aphid mummies are the little crispy, golden, puffy-looking, empty aphid-shells that we sometimes see stuck on leaves and stems. These golden husks are not the molted skeletons of growing aphids, but are the parasitized remnants of very unlucky ones. Insect parasites make a living at their host’s expense, coexisting with the host, at least for a while. After all, killing the host would be counter-productive and leave the parasite with no place to live and eventually pupate. This is why parasitic insects, especially many small flies and wasps, are good garden allies.

Elsewhere, a different aphid is having a different bad experience. Ladybugs seem to be constantly hungry and soft, slow moving, dim-witted aphids are a favorite breakfast, lunch and dinner. An adult or larval ladybug can eat hundreds of aphids in a day. Other predators, like lacewings, soldier beetles, syrphid flies, and several true bugs, are in the garden too, searching for a tasty aphid meal.

A third aphid on another part of the plant is happily slurping down a plant-sap smoothie, unaware that things are about to go horribly wrong. Predaceous flies are also hungry, and an adult Aphidoletes has come to feed on the aphid’s sweet honeydew. This doesn’t harm the aphid, but in a couple of days when the fly’s newly laid eggs hatch, the larvae they will devour the aphid, and several of its next of kin. Like parasitic wasps, some predators let their children do the dirty work.

Biological pest controls, like this Ladybird Beetle dining on aphids, are always at work in a healthy garden.

Unfortunately, aphid number four is about to bite the dust too. Most insects, especially colonial species, are susceptible to simple pathogens and a colony of aphids is very vulnerable to infection by several fungi. Just one microscopic spore, contacting the aphid, usually spells doom. The spore quickly germinates and takes over, turning the aphid into a fuzzy mess. While other insects, especially caterpillars, are prone to deadly viruses and bacteria while chewing leaves, aphid colonies are continually plagued by fungal outbreaks.

The fifth aphid managed to avoid the parasite, the hungry ladybug, the predaceous fly and the fungal disease. This one managed to survive, perhaps providing a minor annoyance to the gardener, but also ensuring the continuation of the parasites, predators and beneficial pathogens that forever keep pests in balance.

Next time you head into the garden to take a peak at the roses or the lemon tree with a hand lens. You’ll soon see the various life stages of both pests and beneficials, and you’ll see lots of evidence of biological control that is always at play in a healthy garden.

There are some easy ways to help conserve your garden allies and enhance their activities. The most important thing you can do is to not use broad-spectrum or residual insecticides, as these can kill the beneficials along with pests and throw the entire equation out of balance, since pests multiple and return much more quickly than do beneficials. If you need to use sprays, spot-treating heavily infested areas or using a narrow-spectrum insecticide that only kills the target pest and not the good guys is the best way to go.

Making your garden an inviting place for beneficials is a good step toward solving your pest problems naturally, so that you’ll have more time to spend on the marigolds, dianthus, dahlias and chrysanthemum.

Ron Vanderhoff is the Nursery Manager at Roger’s Gardens in Corona del Mar.
Questions from Readers May 29th.
Question:

What is the difference between pumice and perlite? Do you have a preference?

Pumice is a naturally porous, lightweight igneous rock formed of molten material and very similar in appearance to perlite. Perlite is a silicate mineral of volcanic origin that is crushed and cooked at extremely high temperatures, resulting in the expanded, white, lightweight particles. Both do about the same thing, aerating soils and moderating moisture, in a potting mix. I prefer pumice, because it does not require quite as much processing and is also heavier and doesn’t seem to float to the surface.

You can have these monthly Plant Care Reminders sent directly to you each month!
See All Plant Care

What is your favorite plant to propagate from cuttings, and why?

How to Start Seeds When Living in Cold Climates

Growing plants by starting them from seeds is one way to economically garden.

Only two or three years ago gardening was pronounced dead.

in Edibles
You can have these monthly Plant Care Reminders sent directly to you each month!

in Trees
You can have these monthly Plant Care Reminders sent directly to you each month!

in Shrubs
You can have these monthly Plant Care Reminders sent directly to you each month!

in Edibles
You can have these monthly Plant Care Reminders sent directly to you each month!

Baseball Field Maintenance - A General Guide for Fields of All Levels

What are Microgreens and How to Grow Them

in Bulbs, Corms and Rhizomes
You can have these monthly Plant Care Reminders sent directly to you each month!

Join the Mulch & Get a Free Bunch of Walking Onion Bulblets!

We'd like you to join theMulch and start using all of the great tools we've created to help you become a better gardener.

Congratulations To Our Latest Winner of Garden Art Worth Up To $500!!!

Congratulations To Our Latest Winner! 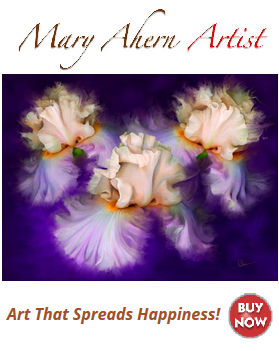 Getting To Know the Mulch!

Gardening Pros & Clubs: Using the Great Features on the Mulch

We'd like to help connect gardening professional and home gardeners. We've designed a number of unique tools to make this happen.

What's Happening in the Community

Mitch replied to the topic 'Cornus sanguinea 'Midwinter Fire'' in the forum. 2 weeks ago

I'm glad to help. here's a link to your plant www.themulch.com/plant-facts?id=90825 . Please don't hesitate to ask for any others!

LangdonLMiller has added Cornus sanguinea to his plants list. 2 weeks ago

Join the Mulch & Get a Free Bunch of Walking Onion Bulblets!

We'd like you to join theMulch and start using all of the great tools we've created to help you become a better gardener.

Do You Have Any Plants You'd Like Me To Add For You?

Our website has so much information being added and updated that I decided to post an update to keep the members informed.

Instead of 'Tagging' your friends on Facebook, now you can 'Tag' your Plants in your plant photos on the Mulch!

Add Your Company Link To Our Directory of Goods and Services

Finding which members have a particular plant you are looking for?

Deleting a Plant From Your Plant Lists (My Plants, My Wishlist etc)

Ten Vegetables You Can Grow in Shade

Choose the Right Marathon Sod for Your Garden

Sorry, we currently have no events.
View All Events

We have 9171 guests and one member online

Members can create lists of plants to manage your garden, get plant care information sent to you, and connect to other gardeners.It's free and easy,

SIGN IN or JOIN NOW and get started right away!

Congratulations, you'll now receive monthly plant care reminders for this plant! Add more to make your whole garden the best it can be!

You have successfully added this plant into your My Plant Care List.